In recent years, Japan and Germany have been facing very similar challenges: aging populations, changing employment structures, long-lasting economic stagnation, and globalization, all of which threaten existing social security arrangements. Both countries are in a number of respects more socially and politically regulated, and in this sense less liberal, than the Anglo-American economies. Nonetheless, during the last couple of years several important social policy reforms have been implemented. A comparison of these reforms may provide valuable insights into the changing character of “conservative” welfare states. This volume concentrates on two fields of social policy: long-term care insurance and public pensions. These social insurances are at the center of current public debate in both countries because population aging translates immediately into a higher demand for care for the elderly and old age security. The contributions range from demographic and policy implications of aging through detailed analyses on the different reform measures to specific aspects such as bioethical or regional policy considerations. The volume is intended not only for experts specializing in social policy research but also for policy makers as well as the general reader interested in the current debates centering on the “restructuring of the welfare state”. 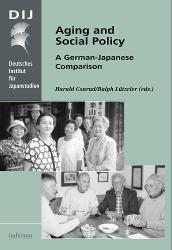