Beiruter Texte und Studien (BTS) is the Orient-Institut’s peer-reviewed book series for research on the historic and contemporary Middle East. Since its inception in 1964, the series has published more than 130 books and has served as a platform for innovative studies.

With an established focus on Arabic language and literature, the Levante, and the provinces of the Ottoman Empire, BTS comprises a broad spectrum of themes, methods and periods within the wider region. It documents the rich, diverse history of Middle Eastern Studies and encourages new developments in the field.

The series publishes monograph studies, conference proceedings of the OIB and other collective volumes in German, English, Arabic and French. It is distributed in Europe and overseas by the Ergon-Verlag and in the Middle East by al-Furat and Dar al-Farabi. Individual copies can also be purchased at the Orient-Institut. 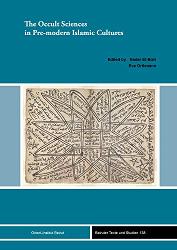