A specific area of north-eastern Calabria, between the Sila and the Ionian Sea, profoundly Greek and with a degree of stability from the Byzantine to the Norman era and even beyond, represents an ideal local area in which to document the development of the Florensian monastic organization, with its political, social and religious peculiarities. The interaction of Joachim of Fiore and his monks with the political and ecclesiastical authorities did not differ from those of other monastic institutions in the area. As regards the latter, the Cistercians in particular, despite the criticisms levelled by the abbot of Fiore, exhibited similar practical behaviour, both religious and economic, especially in the struggle for the demanium, and this sometimes led to conflict. Both „new“ orders, however, participated in the transition of the area towards the Latin reform. 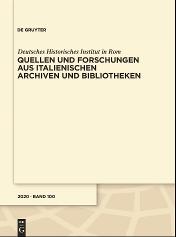